You are here: Home / Road Race / Aussies End the Day on Top in Asia Road Racing Championship
Back 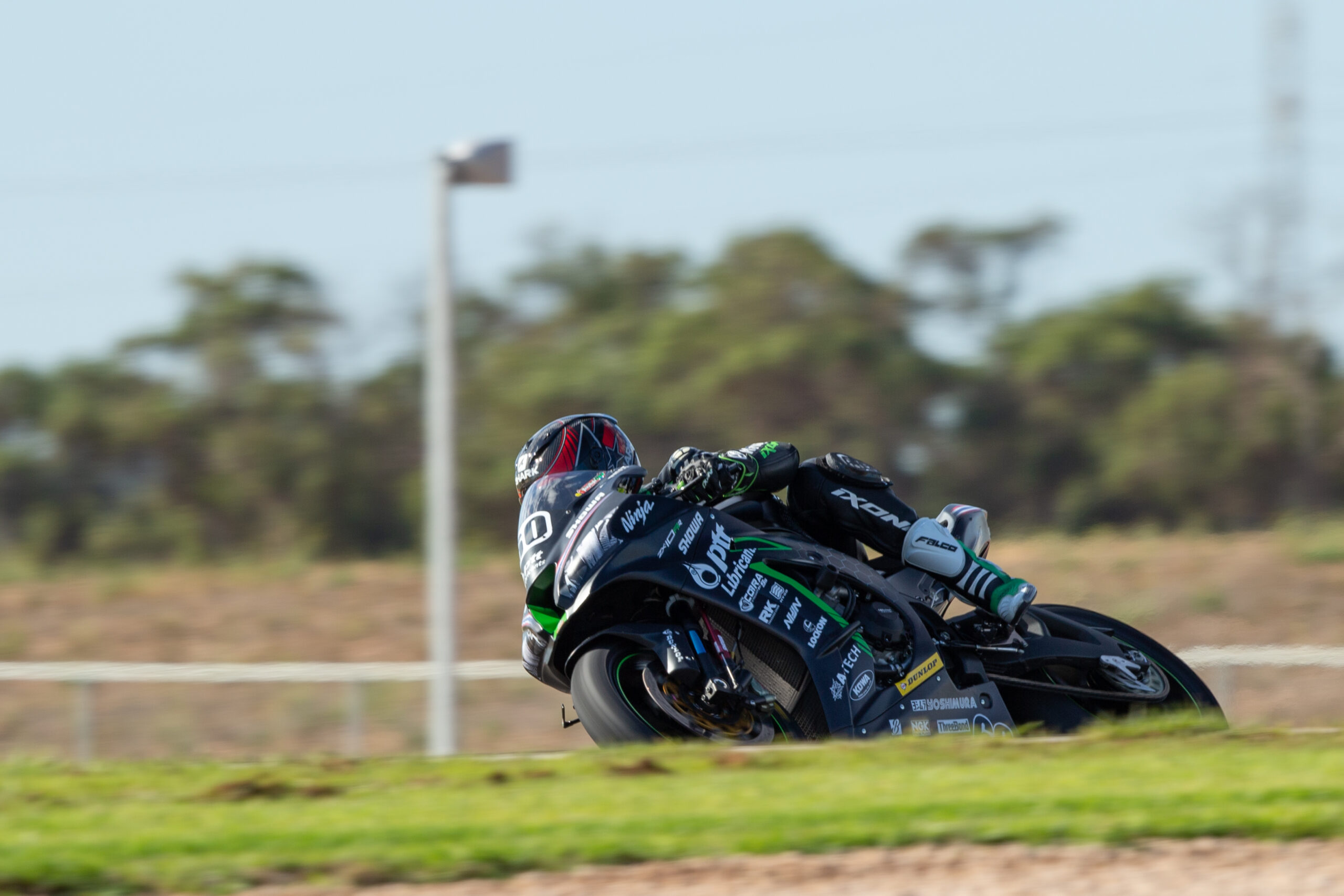 International Motofest roared into life today at The Bend Motorsport Park in Tailem Bend, South Australia, promising a massive spectacle for motor racing fans across the weekend (April 25-28) with the best Australian and Asian road racers in action for the first of the practice sessions.

International Motofest sees the Motul Pirelli Australian Superbike Championship (ASBK) team up with the Asia Road Racing Championship (ARRC) to conduct a very unique event, where Australia’s ASBK competitors share the pitlane and paddock with Asia’s best and most professional riders and teams from the Asia Road Racing Championship (ARRC). The event also includes a Paddock Party on Saturday Night, a round of the Australian Supermoto Championship on The Bend’s nearby Stadium Circuit, and plenty more to see and do across the weekend, encouraging motor racing fans to come and check out all that motorcycle road racing in Australia has to offer.

Five Aussie riders will be contesting the ARRC this weekend, and they got their first chance to hit the track today with their fellow competitors to gain a feel for their competitors and the challenging Bend layout. Two even ended the day at the top of the timesheet, with Broc Parkes (Yamaha Racing Team Asean, Yamaha YZF-R1) setting a 1:53.855 to end the day quickest in the ASB1000 class, ahead of fellow Australia Bryan Staring (Kawasaki Thailand Racing Team, Kawasaki ZX10RR, 1:53.859)

ARRC series regular Parkes was keen to do well in his home round. “It’s the first time for me here at The Bend so it’s going to be interesting. The track looks unreal, but it looks quite difficult to learn so I need to just try and make as many laps as possible and try and find my way around today. Hopefully by tomorrow and the next day we’re ready to go.”

ASBK regular Staring will be performing his usual duties for Kawasaki BCperformance in the ASBK this weekend, and racing in the ARRC with Kawasaki Team Thailand to replace current series leader ‘Tingnote’ Thitipong Warokorn who was injured in a crash whilst running as a wildcard in the Buriram Round of the 2019 World Superbike Championship. “Obviously they’re both Kawasaki ZX10RRs,” he said, “but there’s always differences, whether it’s the height of the seat, or the way the foot peg or the handlebar is. It’s a great bike to ride. The tyre, although it’s a Dunlop and we’re using Dunlops in the ASBK, is a completely different Dunlop, so we started from scratch again there.”

ASBK YMI Supersport 300 rider Yannis Shaw pulls double-duties as well for this weekend, supplementing his usual racing in the 300 class with a run on the big ASB1000 as a wildcard. “It was absolutely awesome” he said after the first session. “We were happy with where we were for the first time, so we just hope to progress on that and just get a feel for the new tyre and how the bike likes the track.”

Stephanie Redman also came into the weekend looking to turn a few heads in the ASB1000 field. “We’re very excited to have this opportunity” she said. “We’re just looking to have a good weekend, go out, do the best that we can and put our best foot forward. We’re not expecting anything too spectacular but we’re hoping to put on a good show, be a professional team and see where we end up.”

Third wildcard Mason Coote unfortunately didn’t have a good day, transported to hospital with a shoulder injury after a crash in the first session.

For the combined results of the day’s two ASB1000 practice sessions, click here.

Keep up with all the action from the Motul Pirelli Australian Superbike Championship by following on Facebook and Instagram. For news, video content, rider profiles and much, much more, visit ASBK.com.au.