Aussie sidecar competitors to tackle the Isle of Man TT

You are here: Home / News / Aussie sidecar competitors to tackle the Isle of Man TT
Back 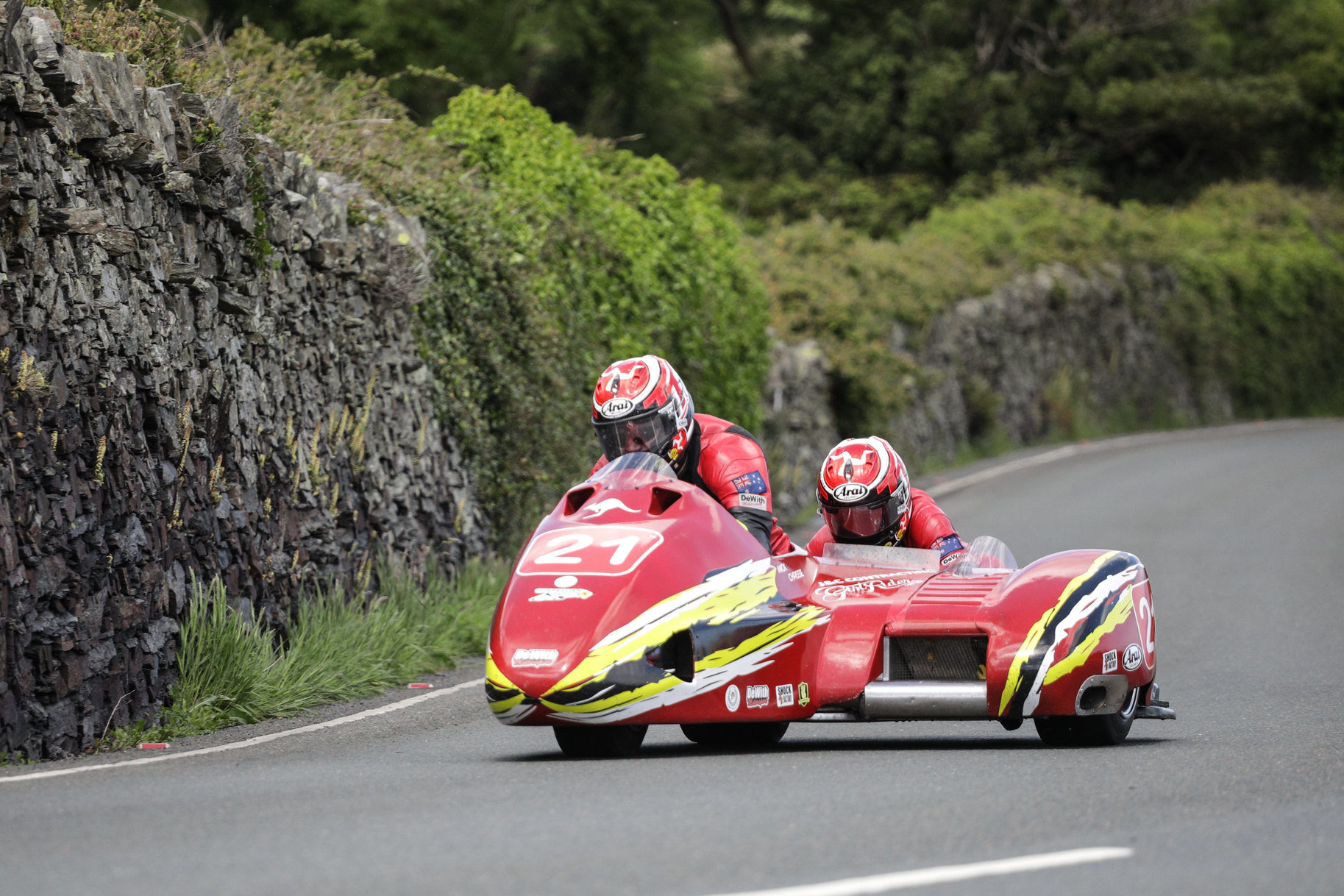 The Isle of Man TT is a fabled event amongst the worldwide motorcycle community, a true test of man and machine pitted against the sweeping and picturesque backdrop of the sixty kilometre long Snaefell Mountain Course on the closed country roads of the small island in the Irish Sea. Starting this weekend (25 May) and running til Friday 7 June, the 2019 edition of the annual festival of motorcycling will see two Australian sidecar crews pit themselves against the mountain once again.

Regular Horsell Consulting Australian F1 and F2 Sidecar Championship competitor Mick Alton will be pairing up with passenger Steve Bonney for this year’s TT, and along with Darryl Rayner/Wendy Campbell will make up the Australian contingent for the event. We caught up with Mick and Steve to discuss their feelings going into one of the world’s great motorcycle events.

The Isle of Man TT Races kicks off this weekend. How are the two of you feeling heading into the event?
Mick Alton: I’m excited, but a little nervous as well, as I know this circuit can be very dangerous.
Steve Bonney: As a newcomer this year to the TT I’m quietly excited. I have been looking forward to the challenge of racing in the Isle of Man TT for many years.

Usually when you’re racing in the Horsell Consulting Australian F1 and F2 Sidecar Championship you both have different partners, Mick with Chrissie Clancy and Steve with driver Paddy Clancy. What brought about this change-up for the Isle of Man, and how is the combination gelling in the lead up next weekend’s event?
Mick: Steve was originally going to be my passenger at the TT back in 2016, but an accident on a classic sidecar put paid to that. Chrissie Clancy has always maintained that 2017 was going to be her last TT, so Steve came on board for this year. Steve and I have done many seasons together in Australia and have won an Australian F2 championship together.
Steve: Like Mick said, we’ve raced many times together and have always performed well together.

Tell us about some of the logistical challenges involved in getting to The Isle of Man. What are some of the things you have to consider?
Mick: Where do we start? There is freight of our outfit and equipment, and it a minimum of 65 days to sail it all to the UK. That’s a long time without the bike. You then have the matter of how to transport it when you get there. The carnet (the customs permit that allows the vehicle to enter the UK) needs to be arranged beforehand and funds deposited; many thanks to Motorcycling NSW who have supported us with this. You then have to decide what spares to take… everything! Spare motors, all pre run-in, Spare chain and brake pads that have been run-in, it’s an ongoing list. Then there’s the catering side to consider!

In order to qualify for the TT you must have competed in a minimum of 6 events from the previous year’s TT and have finished within 92.5% of the class winner. Age is an issue now for us, with over-40s requiring special dispensation to be allowed to enter. Newcomers like Steve also need to come over earlier in the year for two weekends of training before they can even apply for an entry.

Once all that’s sorted you still need to consider accommodation, transport while you’re here… the list goes on! 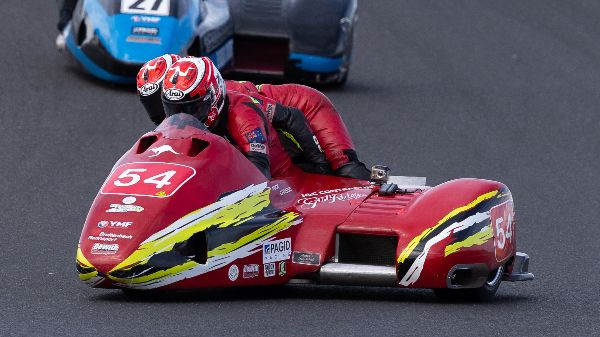 What is it about The Isle of Man that holds that irresistible appeal for you?
Mick: It’s the “Mecca” of motorcycle racing! Being able to race on a truly iconic circuit against the best in the world is amazing.
Steve:  Similar again to Mick, to be able to challenge oneself against this world-famous circuit is unbelievable. Having been here since February it is a surreal experience.

What are you hoping for this year, after previously competing in the TT? Are you hoping for a win or is there another goal in mind?
Mick: As in previous years, we are here to qualify and finish the race- anything else is a bonus. Anyone who finishes a TT is a winner. Your times are more important than what position you finish in.
Steve: Same as Mick, also I want to just enjoy the meeting and come home with a sense of achievement.