You are here: Home / Important Announcements / ASBK Women Aiming For The Top – Part 3
Back 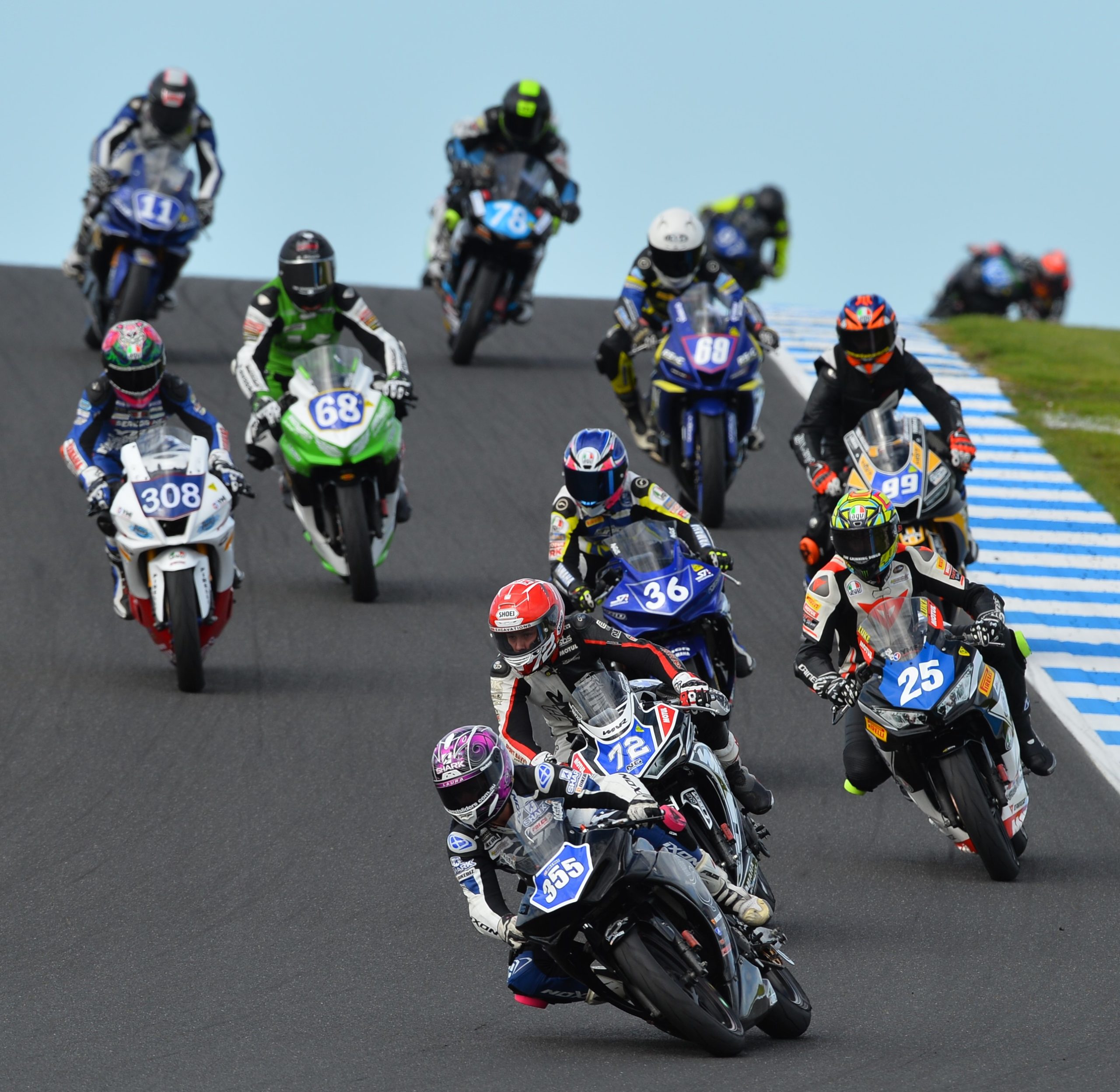 Five talented women competing in this year’s mi-bike Motorcycle Insurance Australian Superbike Championship, presented by Motul, (ASBK) are not only hoping for championship victory but are also hoping to inspire the next generation of female riders to get on track.

What was your first bike, how old were you and when did you start road racing and where?

Laura Brown – It wasn’t until I was 28 that I took the plunge, got my road L’s and took off on a Yamaha 125.  After I got my Ps, I made the “big upgrade” to a Ninja 250. As I gained confidence, I started attending track days at Sydney Motorsport Park. I made some great friends, one of which encouraged me to give racing a go. So together we fashioned some makeshift race fairings for my Ninja 250 road bike, and off I went to my first St George M/C Club race. I loved it more than anything I’ve ever done. The next week the 250 Ninja went to Gumtree, I bought a race ready Ninja 300 and I’ve been obsessed ever since.

Tayla Relph – A PeeWee50 and I was 3-years-old. When I was 11-years-old I believe on a KTM65cc motard set-up at Willowbank Raceway, QLD.

Hannah Stewart – I started road racing in July 2019, I was 15, just jumped on a 150 in July last year. Then in December onto a Yamaha 300. My first round was at Barbagallo and my first time at Philip Island was for the first round of the ASBK in February.

Stephany Kapilawi-James – I was born in West Timor, Indonesia, and have always been surrounded with bikes my entire life (also known as scooters to other people) as it’s accessible through many family members. I bought and paid for a bike – a 1099 Ducati Panigale – roughly at the age of 25. Road racing kickstarted in late 2017. I believe it was up at one of the Townsville rounds where it coincided with the Supermoto rounds, so I thought why not enter another class since you’re going all that way.

Keegan Pickering – My first bike was a PeeWee 50, I would’ve been around 7-years-old. My family background isn’t motorcycle orientated so it was something really new and exciting for us. I started road racing when I was 15 in the MRRDA series. My first road race was at Sydney Motorsport Park on a CBR150. The series was a good entry level and really taught rider development on and off the bike. I have been competing in ASBK for four years now – since day one I’ve competed in the Supersport 300 class. 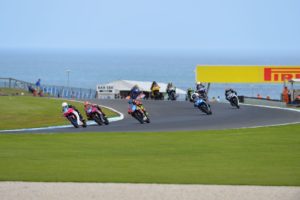 What is your favourite ASBK track?

Hannah Stewart – I loved the track at Philip Island and as I’m new to road racing this is the only one I’ve been on but can’t wait to try The Bend in South Australia, it’s 5 times bigger than the tracks in WA.

Keegan Pickering – My favourite ASBK track would’ve been when the series travelled over to Barbagallo in Western Australia, I absolutely love the circuit and facilities.

Highest position gained and where?

Laura Brown – At round 1 this year at Phillip Island I was lucky to get a 3rd place and my first ASBK podium.

Tayla Relph – In the Moto3 category I won two races at Eastern Creek and Barbagallo. In Supersport 300 it was 2nd place at Phillip island in 2018.

Hannah Stewart – My highest position was 3rd at the final state round in WA.

Stephany Kapilawi-James – I cannot possibly remember the highest positioned gained whilst competing in the ASBK but I must admit that the recent round 1 at the Island, I think I must have finished in 21st in one of the races, was a pretty good bloody effort. But Regardless of the results, it’s always fun to jump on a bike and go as hard as you can. 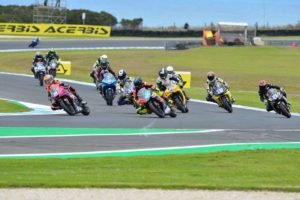 These five young talented women are further evidence of the sensational work that has been carried out in recent times by Motorcycling Australia’s (MA) Women’s Committee who continue to identify, support and develop the needs of girls and women in motorcycling.

Significant MA projects at local, state and national level have seen a significant increase of more than 1000 new female memberships in the past year across all disciplines and in 2020 the MA Women’s Committee is looking to further entice more riders through identifying the latest State and National Women’s Sport Participation Grants, scholarships, programs and summits.

Race fans can stay up to date with women in racing across all disciplines at Motorcycling Australia’s Women In Motorcycling web page https://www.ma.org.au/competition/women-in-motorcycling/ and on Instagram @australianwomeninmotorcycling

While the ASBK is currently in a pit stop due to COVID-19, make sure to stay up to date with the latest news on the mi-bike Motorcycle Insurance Australian Superbike Championship, presented by Motul at www.asbk.com.au as well as Facebook and Instagram