You are here: Home / News / ASBK ’22: Michelin Supersport- Lytras Takes the Title
Back 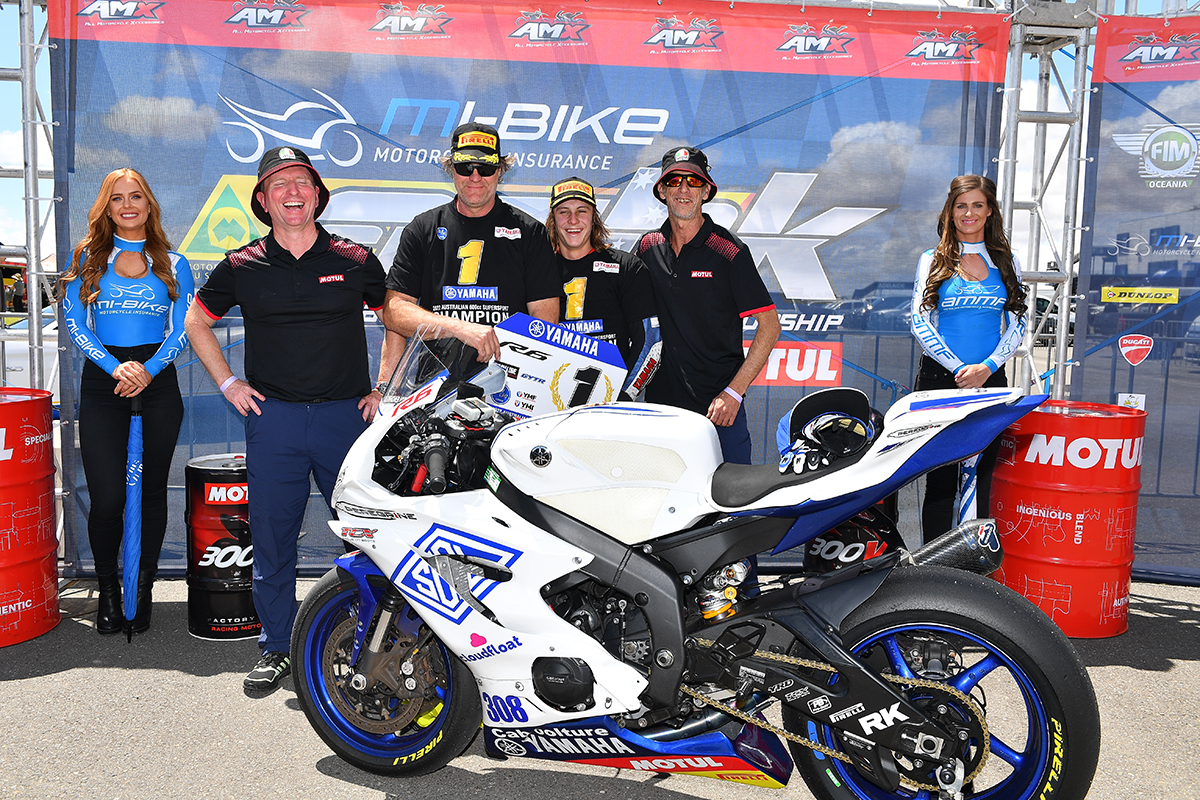 With the championship still live, it was the non-championship players who were well involved with Dallas Skeer taking the holeshot with Harrison Voight close by. Championship challengers Bramich and Lynch were thereabouts, but Lytras- the heir apparent- was back in 10th early.

Voight pulled out a sensational opening lap and took a second-plus lead into lap two. Bramich and Lynch were dicing for fourth, but really needed to push to the front to put Lytras under any pressure.

Scott Nicholson was in third, three seconds behind second-placed Dallas Skeer who was feeling rejuvenated at the 4.95km Bend International Circuit.

Lynch got past Nicholson on lap four and pushed on towards Skeer, while Thriller Motorsports Harrison Voight just scooted away. On lap five he was four seconds up and the interest then remained with Lynch, Nicolson and Bramich.

Despite the race being just a nine-lap journey, tyre life was going to feature so some riders were just holding back a tad to ensure they could run to the finish.

Lynch set his fastest lap of the race to date to cement his third place and Bramich realised he had to chase and set off, passing Nicholson as the fight was on for third place for the race and second for the title.

Lynch responded and pulled another fast lap and was 3.6 seconds ahead while Tom Bramich in fifth fell away from Nicholson in fourth.

Meanwhile, Lytras was up to seventh, but not enough points to take the title with a lap to go.

Harrison Voight sensibly backed off a little on the run to the line and the Thriller Motorsport racer took a four-second victory to post the first win for the team for the day.

The title championship would require just one more race to be decided.

Harrison Voight came to play and was out of the gate fast and loose and looking to escape. Thanks to an epic and fast lap two, the 16-year-old worked his way up the road lap by lap, leaving the championship regulars in his wake.

Lynch set after the Thriller Motorsport Yamaha, but by lap five, the gap was 4 seconds. Skeer was third, some 2 seconds further back.

And so it was for multiple laps. Voight was on the edge and yet in control and you could not help but be impressed.

In the title race, Bramich was sixth and out of the hunt, while Lytras was eighth and on track to take the title. Lynch was in second, but would need to get the win and have Lytras DNF.

Meanwhile, Lytras had his hands full with Farnsworth challenging, but Lytras wisely let him go. All he needed was some points as a safety barrier for the title and Lynch was now six seconds behind Voight.

Voight went over the line for the win, Lynch in second, Skeer third. 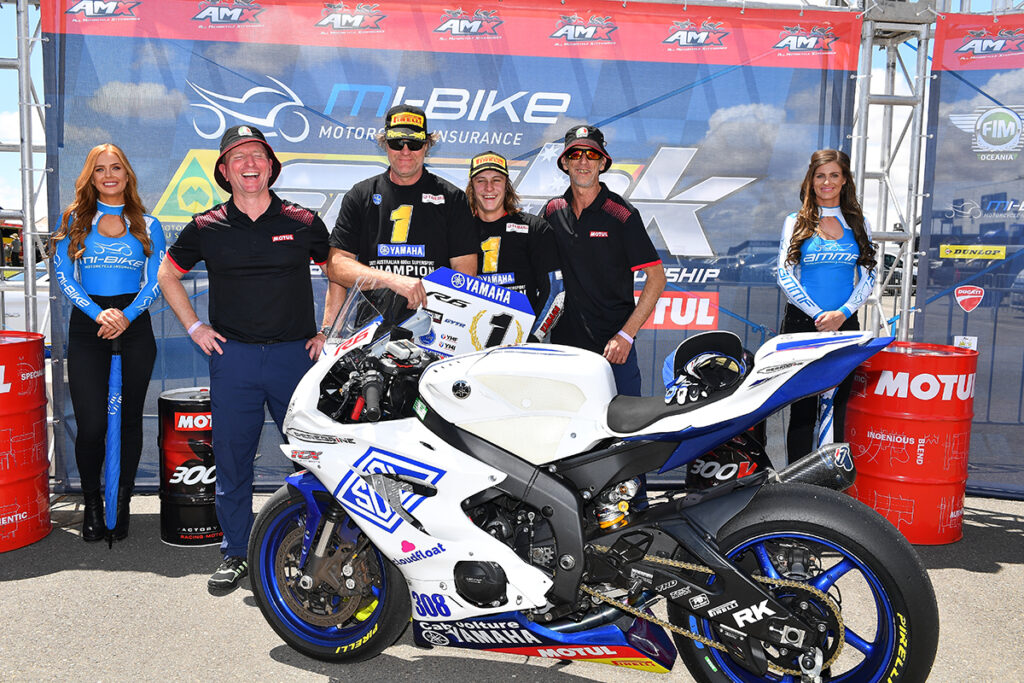 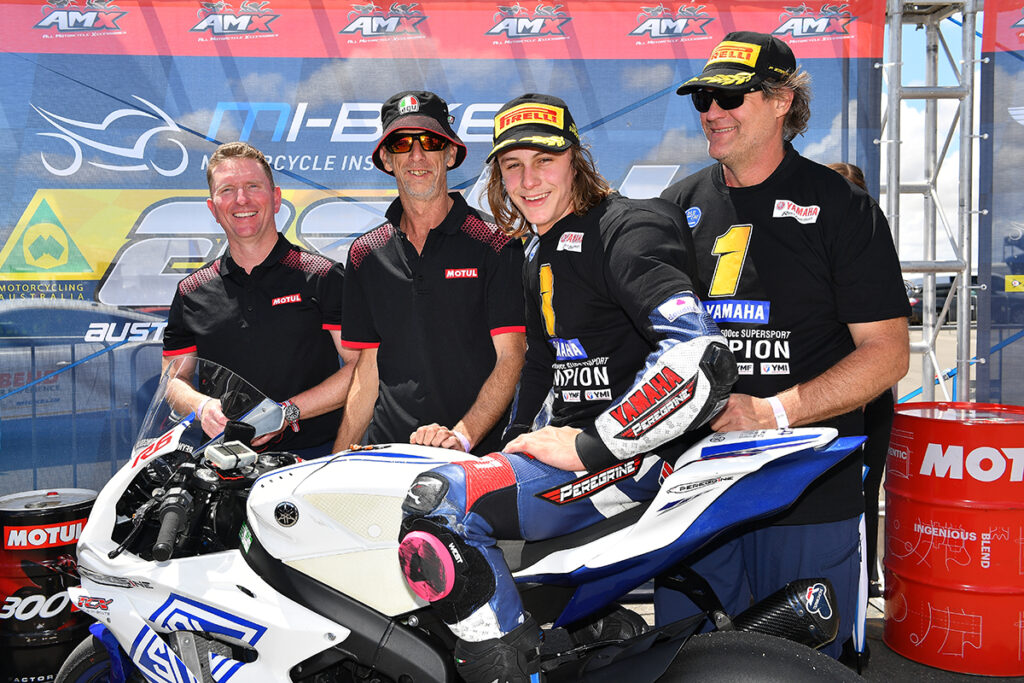 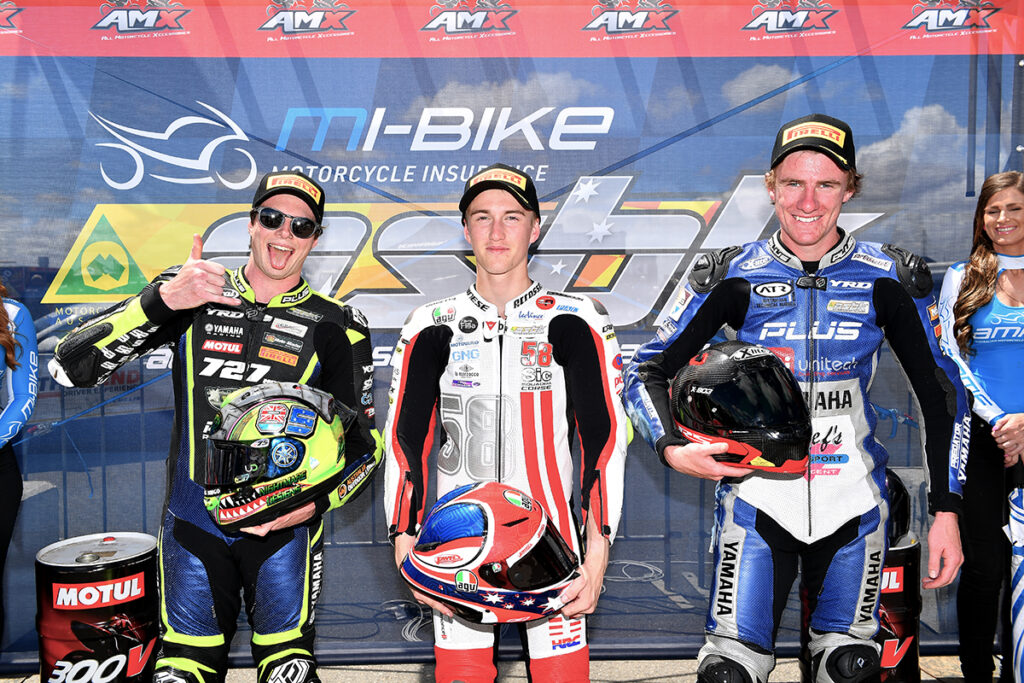 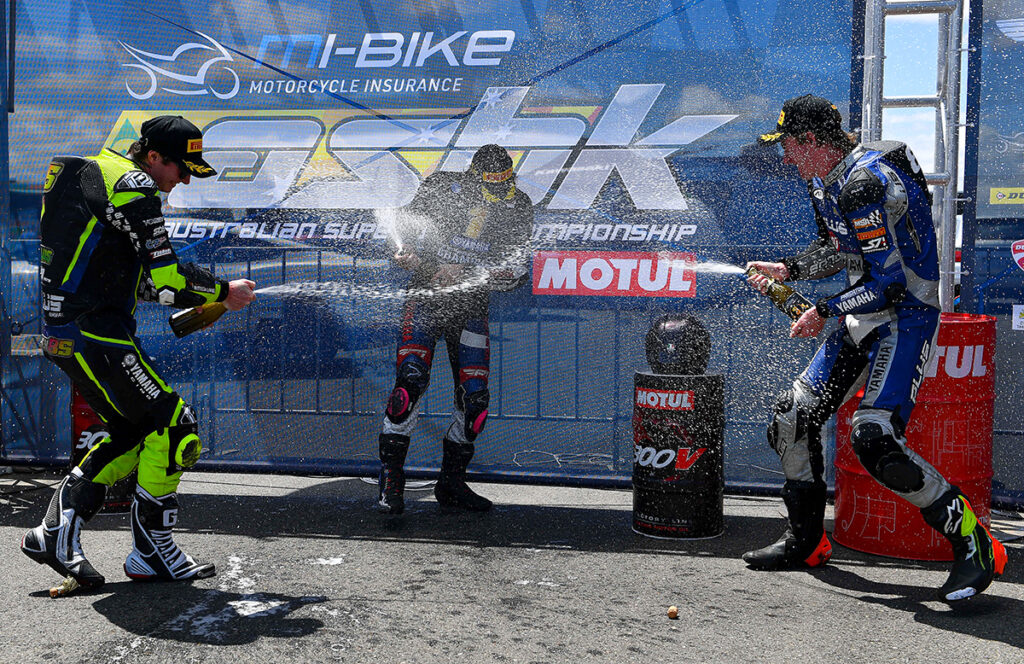