7 Aussies in action at this weekend’s Suzuka 8 Hours

You are here: Home / News / 7 Aussies in action at this weekend’s Suzuka 8 Hours
Back 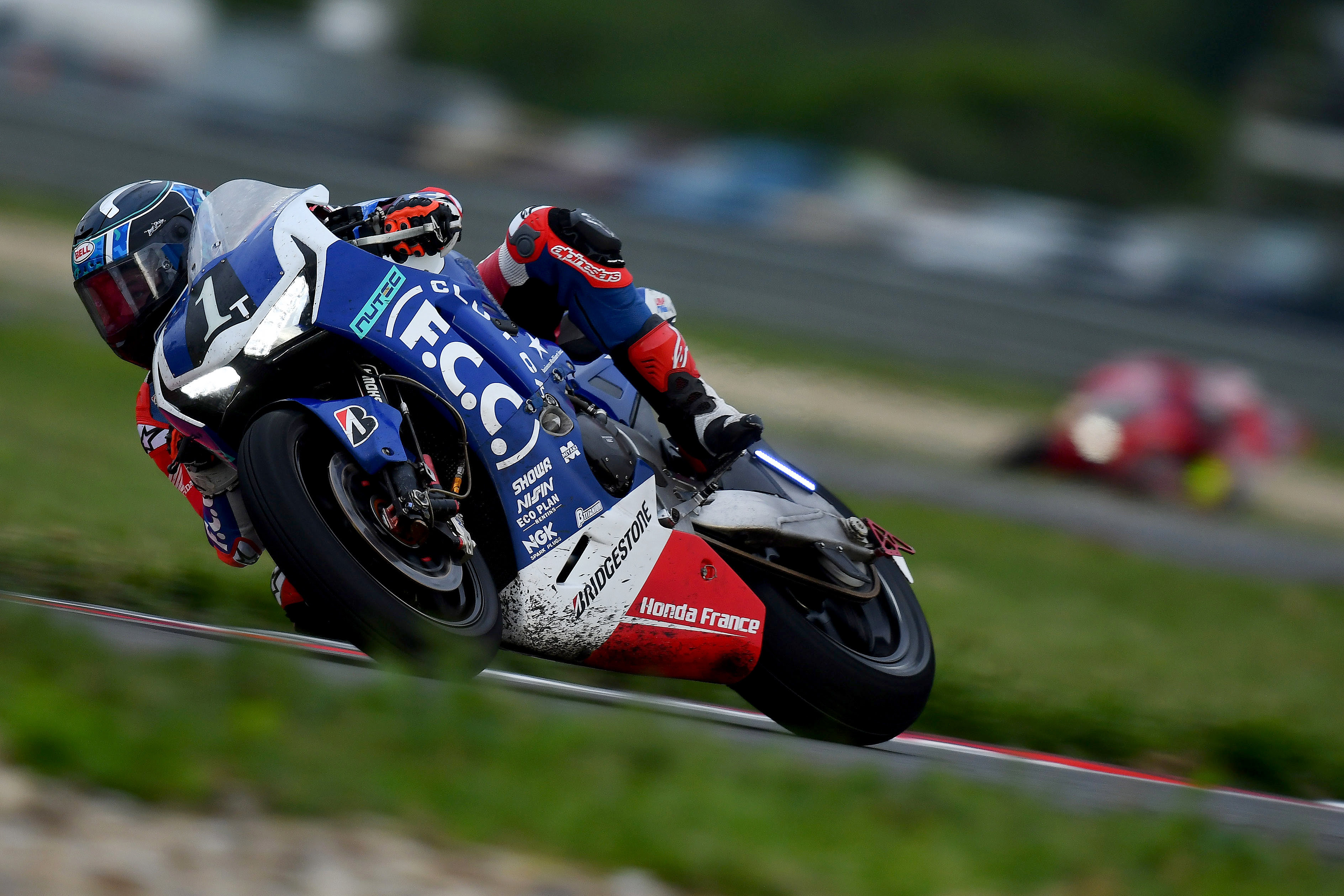 This weekend the FIM Endurance World Championship (EWC) heads to Suzuka for the iconic Coca-Cola Suzuka 8 Hours race in Japan for the grand finale of the EWC.

The Suzuka 8 Hours, which has been running since 1978, is without a doubt a special place on the FIM Endurance World Championship (EWC) calendar and for Australian motorcycle racers as well.

Why is this event such a special event for Australian motorcycle? Well, in total six Australians have stood tall at the 5.821km circuit. Including Tony Hatton and Michael Cole in 1979, former 500cc racer Kevin Magee, five time World 500cc Champion Mick Doohan,1987 World 500cc Champion Wayne Gardner and vice runner up in the 1995 500cc World Championship Daryl Beattie, who were the last Aussies to win the event in 1992 racing for the Oki Honda Racing Team.

This weekend will see a total of six Aussies racing at the Suzuka 8 Hours and one, in Paul Byrne, racing in the Suzuka 4 Hours Endurance Race. Could we possibly see one of them or maybe a few of the Australians on the podium come Sunday evening? There is a strong chance for that to happen.

The three time Australian Superbike Champion lines up with the MotoMap S.W.A.T again for the fourth year in a row. In fact, 2019 will mark Waters’ ninth year racing at the Suzuka 8 Hours even

It goes without saying, you obviously need a good working relationship with your teammates for an event such as the Suzuka 8 Hours. This year will see the Mildura based rider team up with former World 250cc/500cc/MotoGP racer, Nobuatsu Aoki for the sixth time for the event and Dan Linfoot, former BSB rider.

For 2019, Waters, Aoki and Linfoot are competing in the Superstock class. Their aim – to win the class and finish as high up in the overall as they can.

“Between fifteenth and tenth place would be great on a stock bike against the factory bikes,” explained Waters, who has finished second outright twice being in 2011 and 2014.

So, what challenges is Waters facing this weekend? Answer is the heat and humidity, which is always a killer and the hardest thing to deal with at the event according to Waters.

It makes it’s a bit hard for Waters to prepare for the Suzuka 8 Hours, as it’s the middle of winter at in Victoria.

“All you can do is stay hydrated and maybe not stay under an air conditioner all the time while you’re at the event. Nowhere I’ve ever been is the same kind of weather as here at Suzuka,” concluded Waters. 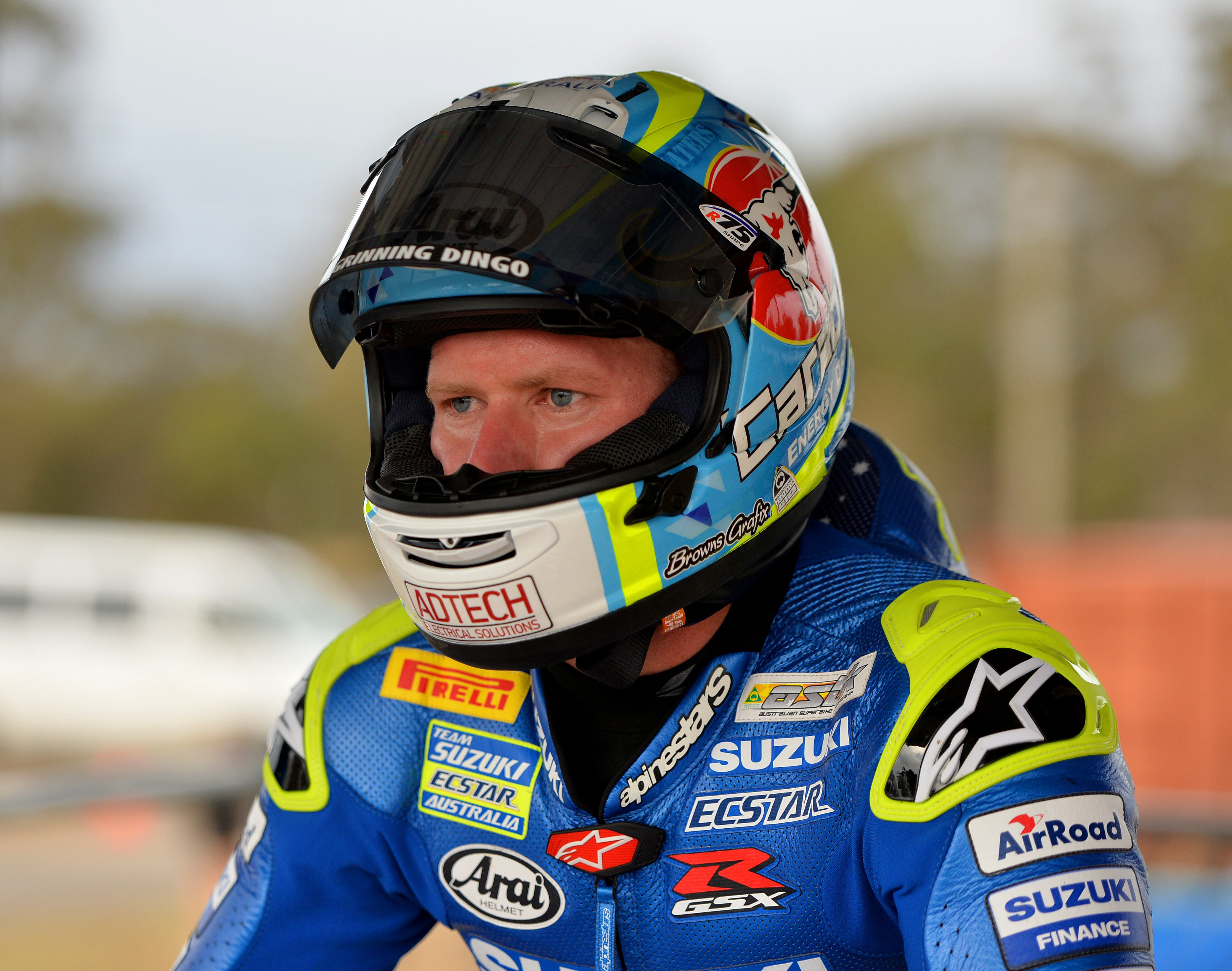 The former World Supersport and Superbike racer will, this weekend, take to the grid with the Will-Raise RS-Itoh Kawasaki Racing Team. The 35-year-old has been competing in the MFJ Superbike All Japan Road Race Championship for the satellite Kawasaki squad.

Aitchison has previously had a relationship with Kawasaki Japan and fortunate enough to test with the Kawasaki team for a try out for the 8 Hours Suzuka Program. His lap times back then were good enough to get the nod for a start this weekend. Thus far it’s been going well on the build up to this weekend for Aitchison, who hails from the Gold Coast, when back in Australia.

Ahead of this weekend, Aitchison and his team has had two tests at Suzuka, which saw most of the European and other Japanese teams were present. On top of that they have had one private test, along with one official test.

“The last official test was a great experience, as basically the whole EWC championship was on hand to the 8 Hours race weekend,” said Aitchison.

“Testing went well enough to this point, though in Japan the weather conditions are always challenging. So, it’s a matter of compromise between you and your teammates on setup,” he added.

Aitchison’s teammates for the Suzuka 8 Hours will be Akira Yanagawa, and Ryosuke Iwato, who currently rides for Kawasaki Japan as part of their factory effort.

“It’s Ryosuke first year as factory rider and I understand why they gave him the opportunity. He’s an extremely talented rider and his lap times at the recent test turned some heads from the top Kawasaki bosses. I think he’s got a great future ahead of him,” explained Aitchison.

The biggest thing all three riders have been managing in the tests is the difference in rider body weight and overall setup. Both of Aitchison’s teammates have an extra ten kilograms on top of him, so they are using a setup slightly more refined to their ideal configuration.

Given the Will-Raise RS-Itoh Kawasaki Racing Team package, a top twelve overall finish would be a fantastic result Aitchison has declared.

‘Atcho’ believes he and the team will be sitting just inside the top fifteen in qualifying. After that, he’ll simply wait and see what the race brings.

“As long as we can be consistent in the runs and manage the fuel load, we’ll have a good chance to reach the goal,” he said.

“We’re really going to have to monitor our fuel consumption in the free practice runs before qualifying starts,” explained Aitchison.

Aitchison simply loves the Suzuka 8 Hours. He explains that the fans are so embracing, passionate and fanatical about the race.

“I really love the fans energy and enthusiasm that they bring. On top of that, the event itself brings its own unique platform, which combined with spectator involvement provides such an exciting and enjoyable weekend,” concluded Aitchison. 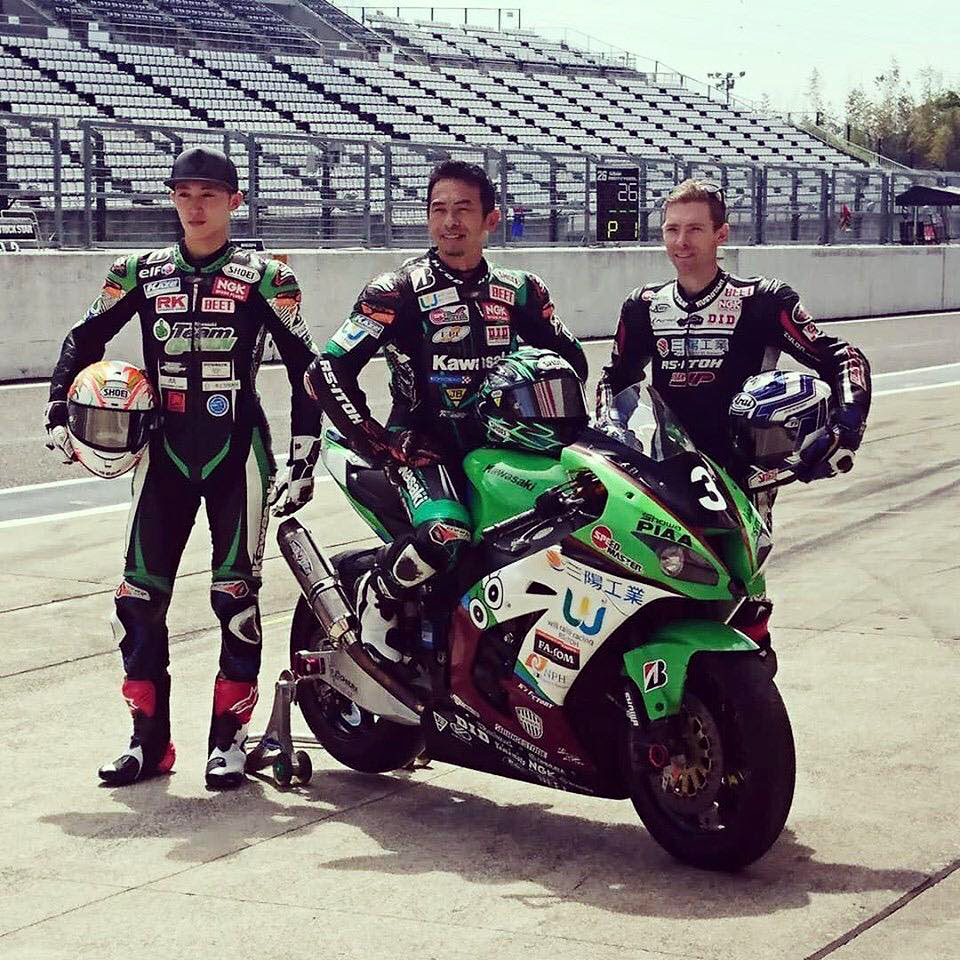 27-year-old Morris reunites with the Paris based team again, in what was a last-minute call up by the team on Saturday. Morris, who recently contested the fourth round of the Australian Superbike Championship with the Maxima BMW team at Morgan Park, competed with the R2CL outfit throughout the 2016 EWC championship. That year saw Morris and his team finishing fourth at Le Mans on debut, and twelfth at Suzuka, when he was partnered with Sébastien Suchet Privé. Overall, they finished ninth for the year in the teams FIM EWC Championship.

Morris will certainly be up against this weekend, as he’s had no testing and the first time, he met his teammates, Yoshihiro Konno and Josh Elliott, was on Wednesday at the circuit.

Morris is not quite sure how competitive the R2CL team is at this current moment heading into this weekend’s Suzuka 8 Hours. However, he is pinning his hopes on a top twenty result.

“I’d love to improve on my best placed finish of twelfth we scored in 2016,” said Morris.

However, Morris said that he and his teammates are struggling at the moment.

“We didn’t have a base set up, so we starting again and with three riders it’s hard to have a direction which everyone is happy with,” admitted the New South Welshman.

Coming to terms with the Suzuki GSX-R1000R again will be the biggest challenge according to Morris, as its been one year since he rode with the team at last year’s Suzuka 8 Hours, which unfortunately saw he and his teammates retiring from the race.

Normally Morris would do a lot of training ahead of the notorious event, but having very short notice he hasn’t been able to get a lot of training in ahead of this weekend. One thing which does play into Morris’ hand is the fact that he is really looking forward to riding at Suzuka circuit as it’s his favourite track to race on. 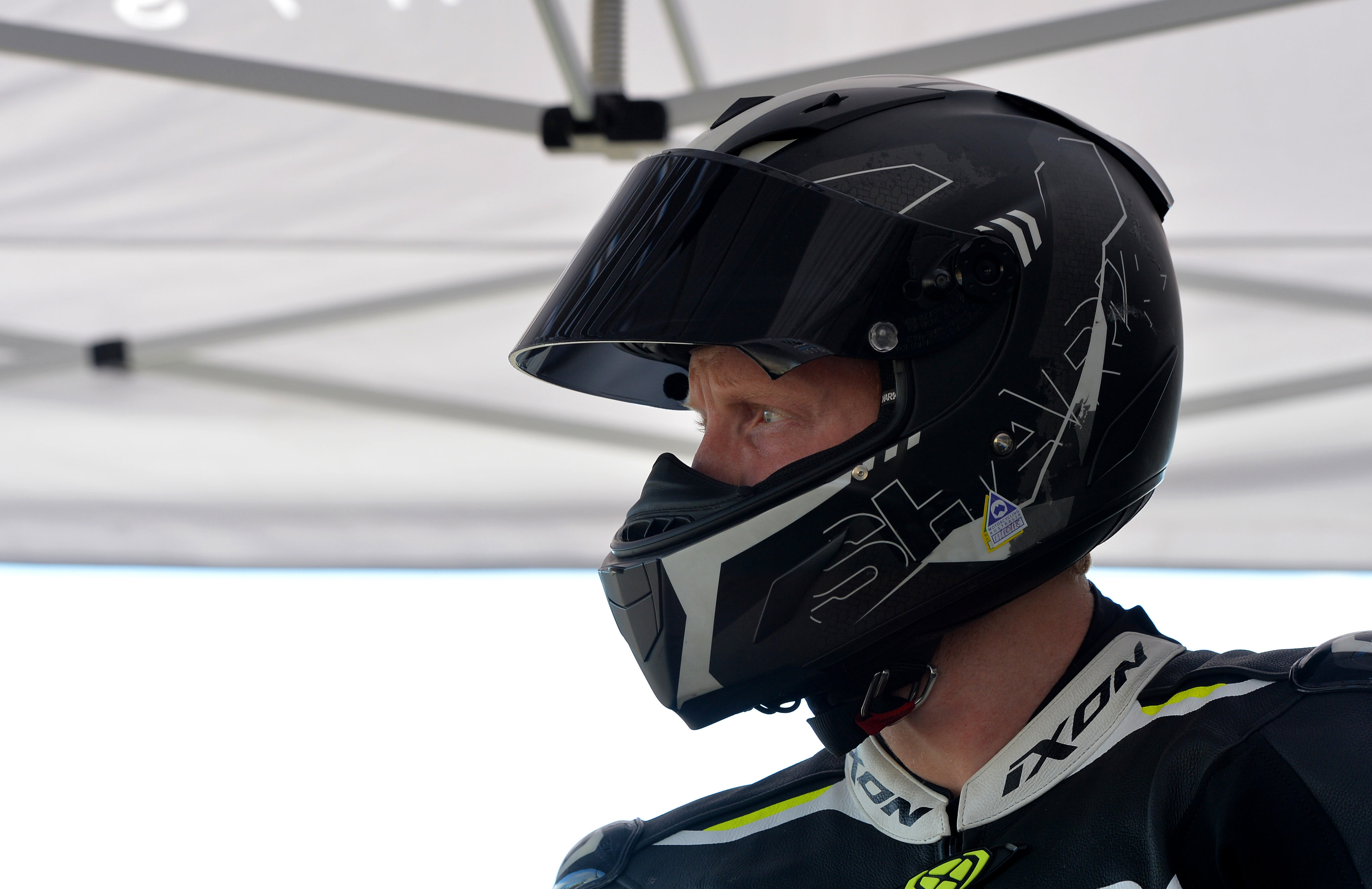 2019 will mark the first time in Byrne’s career that he will race at Suzuka. While it might not be in the main game, he will still get a start in front of the heavy weights of the sport to make a name for himself.

Kazu Kuroda from K1 Racing contacted the likeable Irishman, now an Australian citizen, a few weeks ago to see if he interested in racing the 4-hour race on the teams Honda CBR600RR. Byrne, 34, has previously worked with Kuroda back in 2016, when he was his mechanic when he raced the International Island Classic and the International Festival of Speed on the DMR Harris XR69 that year.

“I mentioned it to Kazu that I had an interest in doing some endurance racing in Japan and finally its all come together for the first time, which I’m really grateful for,” said Byrne.

Byrne has been fortunate enough to do the official three day test a couple of weeks back on the teams Aprilia RSV4 machine.

To say that it was a massive eye opener for Byrne is an understatement. Not only did have to learn the eighteen-corner circuit, but he also had to get his head around the Italian machine, as he had never ridden an RSV4 before.

“The first day was about just learning and trying to get as many laps done as possible plus,” explained Byrne, who also got to do a night session, which was also another first for him.

“I really enjoyed the challenge. The second day I was a lot more relaxed and I started to push a bit harder and my lap times came down. But the main objective of the test was for me to help my teammate, Sugai Yoshiyuki with feedback. On top of that I just wanted to get some laps on track to learn it ahead of this weekend.”

So, what would Byrne be happy with, in terms of an overall result? According to Byrne, he would be really satisfied if he and the team could finish with a top twenty result. However, he understands that it will be a tough ask as the Japanese riders absolutely fly around the Suzuka circuit on Supersport machines.

All in all, Byrne is looking forward to getting out on the track this weekend and cutting some laps again and being a part of the TEAM SUGAI Racing Japan outfit.

“I love the Japanese culture and way of life. I even plan on spending a few days in Tokyo after the event,” finished Byrne.

Hook and team are currently sitting third in the Championship; with a strong fourth-fastest finish at the Official Test and topping the times at yesterday’s practice as the quickest of the full-season FIM EWC Team. If they can keep the moment flowing, the team is on track to retain their World Championship title for a second year.

YART’s lucky number seems to be five. Currently sitting fifth in the standings and posting the fifth-fastest time at yesterday’s practice, Parkes and his teammates all were quick and consistent. Can their strong start lead them to an EWC Podium finish? 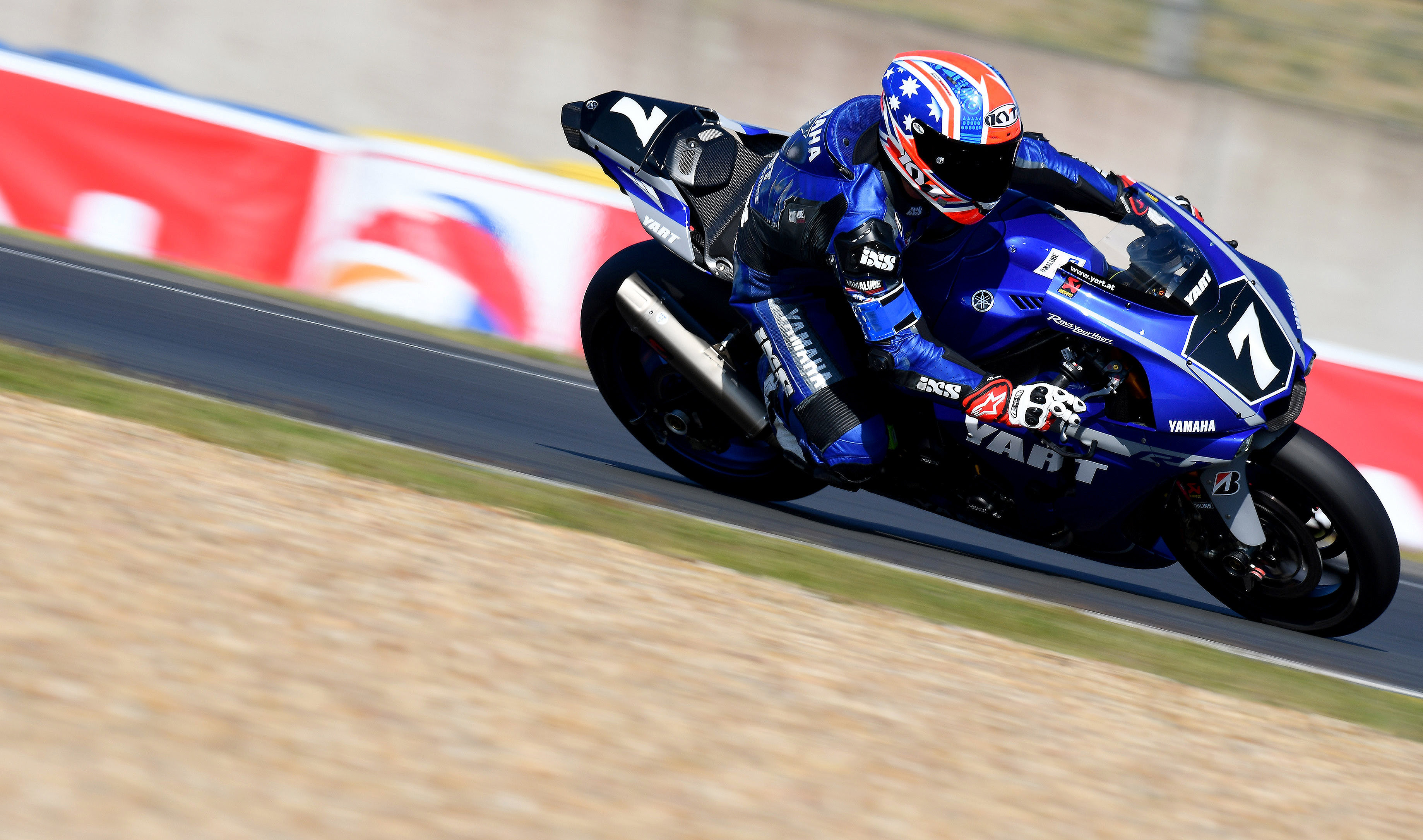