Weekly International Round Up

You are here: Home / News / Weekly International Round Up
Back 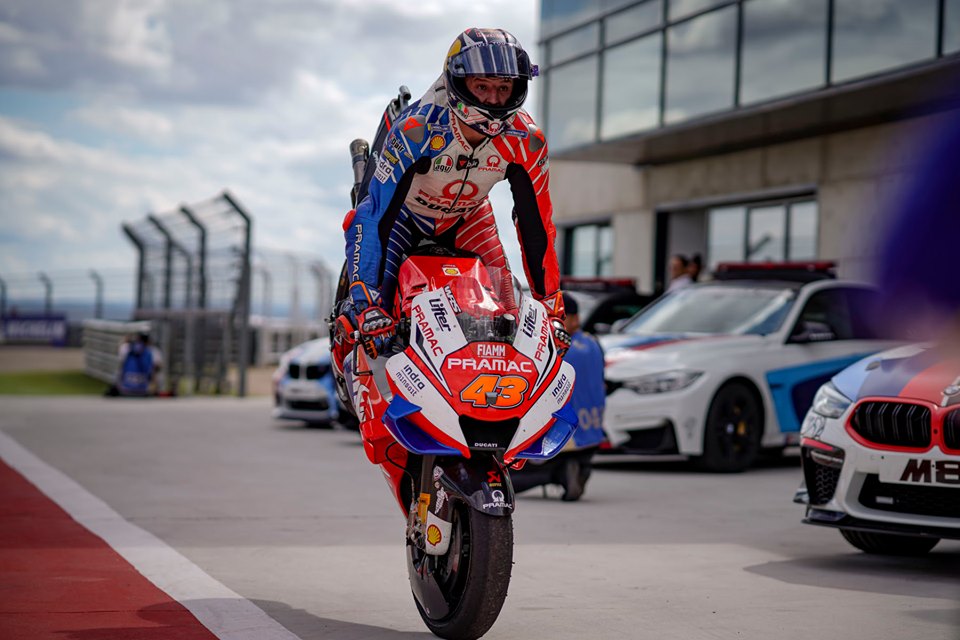 It was huge weekend of motorcycle racing around the world including  road racing, trials and speedway. With a total of eight road racers scoring podiums in Europe, it was a successful  weekend across the board. Check out Motorcycling Australia’s round up of what took place last weekend as we followed their social media channels.

The 24-year-old had to work for this third place finish. He fought hard against Maverick Viñales in the dying laps of the Grand Prix, but in the end he prevailed. Miller heads off for the first of the flyaway rounds in eighth place in the title fight with 117-points to his name. just six points behind Fabio Quartararo.

Billy Van Eerde snared his first ever race win in the opening race on Saturday at Aragon in the Red Bull Rookies Cup. He backed his performance up by finishing second, which handed him his fourth podium for the year. The youngster finished the year in sixth place with a total of 110-points on the board!

ONEXOX TKKR SAG Team‘s Remy Gardner qualified fourth on the grid at Aragon in the World Moto2 Championship. However, he struggled in the race and could only come home with a thirteenth place. Hopefully the flyaway races will be kinder to Gardner.

Josh Brookes (PBM Be Wiser Ducati) came home with a second and fourth last weekend at Assen, which played host to round ten of the Bennetts British Superbike Championship. Next stop – Donington Park on the first weekend of October.

Jason O’Halloran reaped the rewards of a tough but challenging season by taking his first podium with the McAMS Yamaha team in a scintillating first race fightback at TT Circuit Assen.

CARDIFF! So special to race in this stadium according to Jason Doyle.

CARDIFF! So special to race in this stadium! 👏👏 📸@mattwojcik

YAMAHA Racing Team ASEAN‘s Broc Parkes scored a 4-5 result at the penultimate round of the Asia Road Racing Championship (ARRC), which took place at the Sepang International Circuit. Unfortunately the 37-year-old’s championship points lead has been slashed from 35-points to just 19 with just one round remaining which takes place on November 29 – 1 December at the Chang International Circuit in Thailand. Parkes will go toe-to-toe with Azlan Shah.

Difficult weekend in Sepang. Struggled to find a good base set up for the races after some problems in practice. Now let’s just move on to the last round decider in Thailand.

On Sunday night Jaimon Lidsey, Jason Doyle, Chris Holder and Rohan Tungate made up the Australian team in the Match of Nations in Poland. Brady Kurtz and Jamion Lindsey won for the third year in a row with Unia Leszno. The team were able to take out he silver.

Last round of the world championship in spain 🇪🇸 my first lap was a little slack but picked up heading into the second lap. overall very happy with my riding. ready for TdN in Ibiza next week ✊🏽 big thanks to my sponsers @gregknightrockhoppingsa @groaustralia @thehellteam @jitsietrials @hippelracing

Current Australian Supersport Championship leader, Tom Toparis had his first crack in the Bennetts British Superbike Championship in the Supersport class at Assen. He guided the Benro Racing Yamaha YZF-R6 to a second place in race one. However, as the Goulburn based rider explained, his eagerness and a silly mistake saw him crash out on Sunday in race two. Still, not bad going to snare a podium place in his debut outing in the championship. The 19-year-old will now return to Oz and get set for the sixth round of the ASBK series, where he could possibly lock up the Australian Supersport Championship!

Max Stauffer also made his debut in the Bennetts British Superbike Championship last weekend, racing in the European R3 Cup.

Stauffer qualified in seventh, but unfortunately lost the front end in Race one and in Race two received a long lap penalty and as he was re-joining the track he hit a drain pipe and lost the front.

On the positive note, it was the best Stauffer has ever ridden before, so he was pretty happy with how the weekend ended!

Joel Kelso finished with a third and seventh place at the Mugello Circuit last weekend at the fifth round of the Campionato Italiano Velocità (CIV). The CIV Championship will conclude at Autodromo Vallelunga on the first weekend of October. Joel had his strongest ride in the Championship all year.